CNMR's of the solutions were compared with their parent compounds to see if any differences or similarities existed in the figures.
Figure 10: Images of NMR's and their corresponding compounds 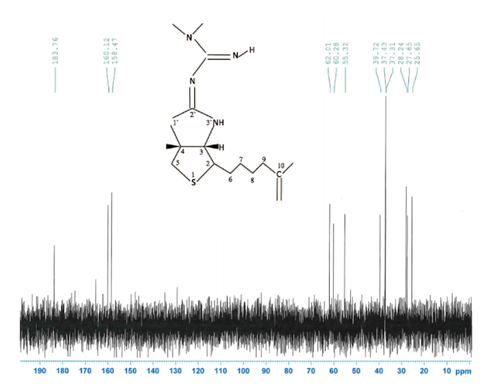 ​Figure 11: Biotin and Metformin were the only two compounds, in which a carbonyl group disappeared.
It was not seen that a carbonyl group from pyruvate or oxaloacetate had disappeared when with the metformin solution. A carbonyl group did disappear with biotin and metformin. This means and interaction, possibly and interaction, but there is an interaction. This supports that pyruvate carboxylase is inhibited in the gluconeogenesis reaction. It is proposed that this occurs through something called a transamination reaction, which is a reaction where the metformin's nitrogen will attack the carbon on the biotin, leading to a bond occurring between the two molecules.

The carbon where metformin binds to, is called where the carbonyl group is and that is how biotin binds to pyruvate carboxylase to turn it on. This render the biotin useless and turn it into a different molecule. 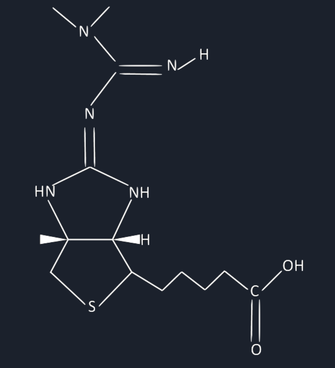 Figure 12: Proposed molecule of biotin and metformin
Powered by